This week, history meets Hollywood with the release of the new film, The Finest Hours. The film, whose trailer might remind you of The Perfect Storm, is also a true story with high stakes and a surprising ending. 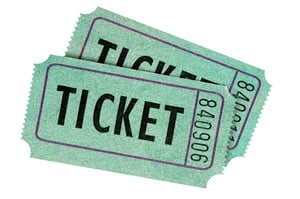 The Finest Hours depicts a dramatic, unbelievable rescue at sea against all odds. It’s the story of Bernie Webber, one of the crew members who was asked to go out in the middle of a raging Nor’easter with three other volunteers to save the crew of the Pendleton, a tanker that had split in two off the coast of Massachusetts.

Webber served on Martha’s Vineyard when the Coast Guard was located at Station Gay Head, and the lifeboat that was used to rescue the crew of the tanker had been used at Station Menemsha.

It began on the night of February 17, 1952, when the Pendleton was making its way off the coast of Boston. There was very low visibility, with high, mountainous seas and snow blowing sideways with the force of the wind. The conditions only got worse during the night, and early in the morning hours of February 18, after several exploding, cracking sounds, the Pendleton had broken in two. The Pendleton’s circuit breakers tripped, and the bow section no longer had power. It didn’t look as though the crew of 33 men was going to survive.

On that night, there were actually two tankers that had split in two off of Cape Cod—the Pendleton and Fort Mercer. The Chatham Coast Guard had been alerted to the situation with the Fort Mercer, and they launched a motorized lifeboat (MLB) to go out and provide assistance.

Webber had to stay behind to take care of other duties, all the while thinking how crazy it was for anyone to think they could take a lifeboat that far out to sea in such a terrible storm, finding a broken ship amidst blinding snow with only a compass to guide them? Furthermore, if the crew of the lifeboat didn’t freeze to death, how could they get the men off the sections of the tanker?

It wouldn’t be long before he’d find out.

Coxswain Webber would be called upon to find volunteers to go out and try to rescue the crew of the Pendleton. Three of them set out in an MLB, which had the ability to make itself upright again after large waves knocked it over. But with 40- and 60-foot waves facing them, their odds didn’t look too good. Webber faced many life-and-death decisions, as the MLB crashed into the Chatham sandbar, as the windshield was cracked and the compass ripped away—then again as he had to decide how long they could last while aiding the Pendleton crew onto their rescue boat. But because Webber wasn’t going to leave anyone behind, they managed to save 32 of the 33 crew members of the doomed tanker.

The movie is based on the book, The Finest Hours: The True Story of the U.S. Coast Guard’s Most Daring Sea Rescue, co-authored by Michael Tougias and Casey Sherman. Tougias visits Martha’s Vineyard frequently to speak at libraries on the Island. His numerous books tell many incredible stories about daring rescues at sea.

When Tougias went to the Disney screening of the movie, The Finest Hours, he said he believed they really captured the essence of Bernie Webber. He says that Webber was a “reluctant, humble hero” and was just doing what he was trained to do.

In many ways, the Chatham Coastguard and Station Menemsha share many similarities, both having the same sense of geographical isolation, surrounded by the sea.

The next time you visit Martha’s Vineyard, be sure to go to museums where you can learn more about the seafaring history of the Island, as well as libraries and bookstores where local authors often appear to do readings and answer questions.

A-A Island Auto Rental is your source for transportation around Martha’s Vineyard. Serving visitors to the Island for more than 18 years. Contact us today!