Jaws Anniversary - Come celebrate the movie that took a bite out of Martha’s Vineyard! 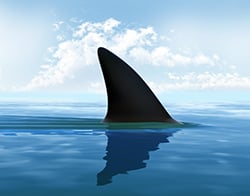 This year marks the 40th anniversary of the filming of the classic movie, Jaws. There won’t be a JawsFest this year as there was to mark other past Jaws anniversaries. But on June 20, the Martha’s Vineyard Film Society hosted Jaws screenings at the recently renovated Capawock Theater and Strand Theater.